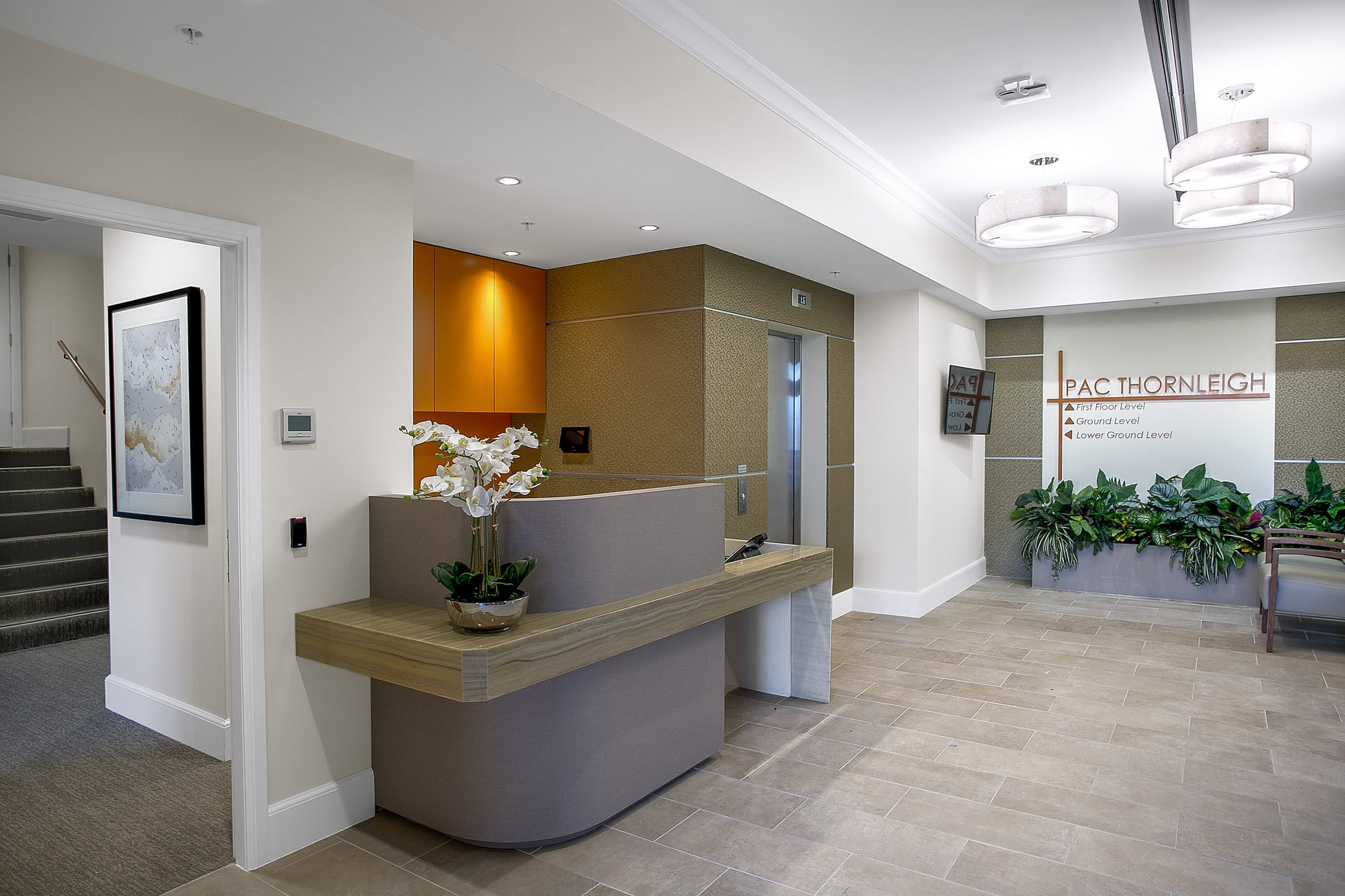 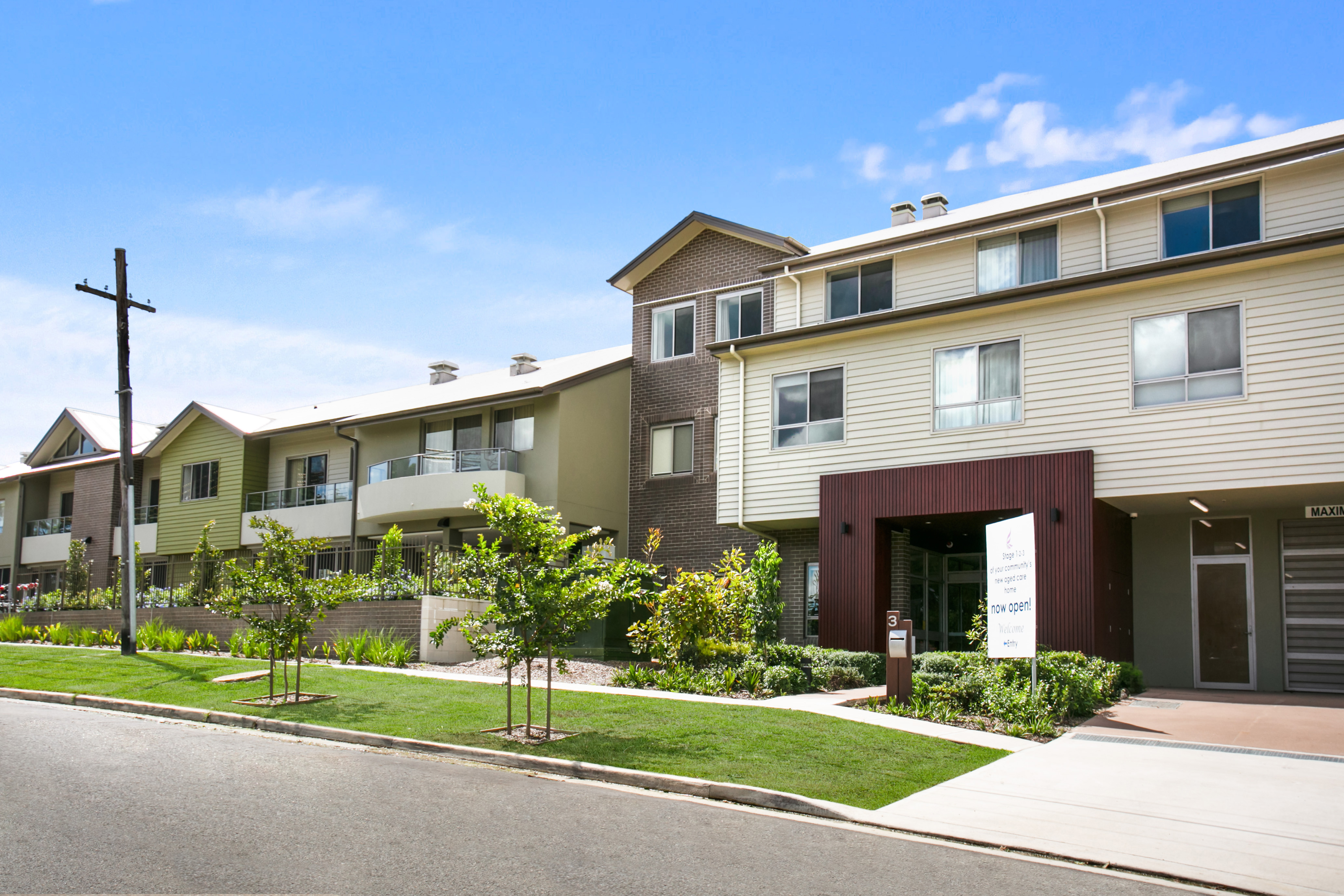 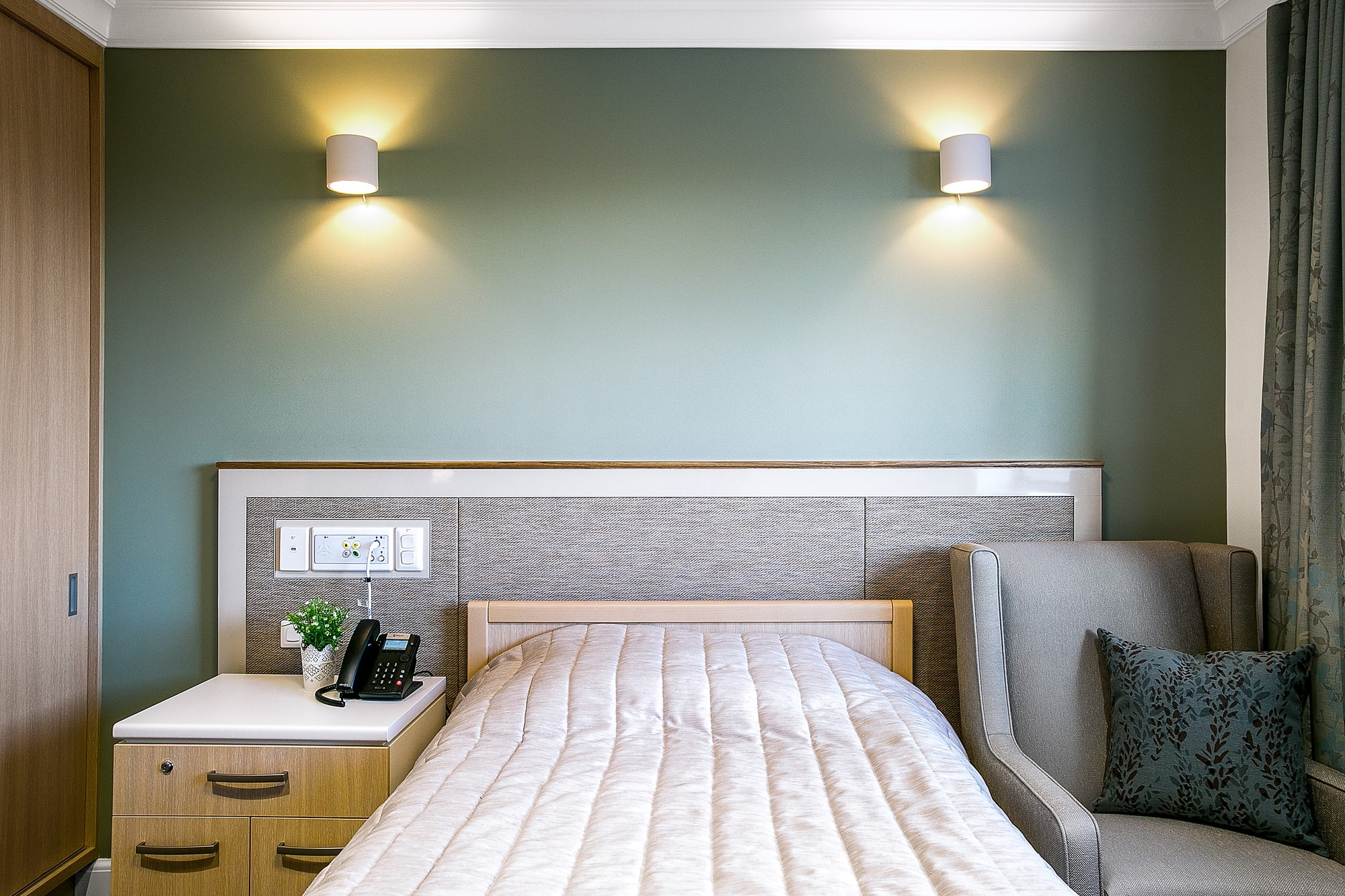 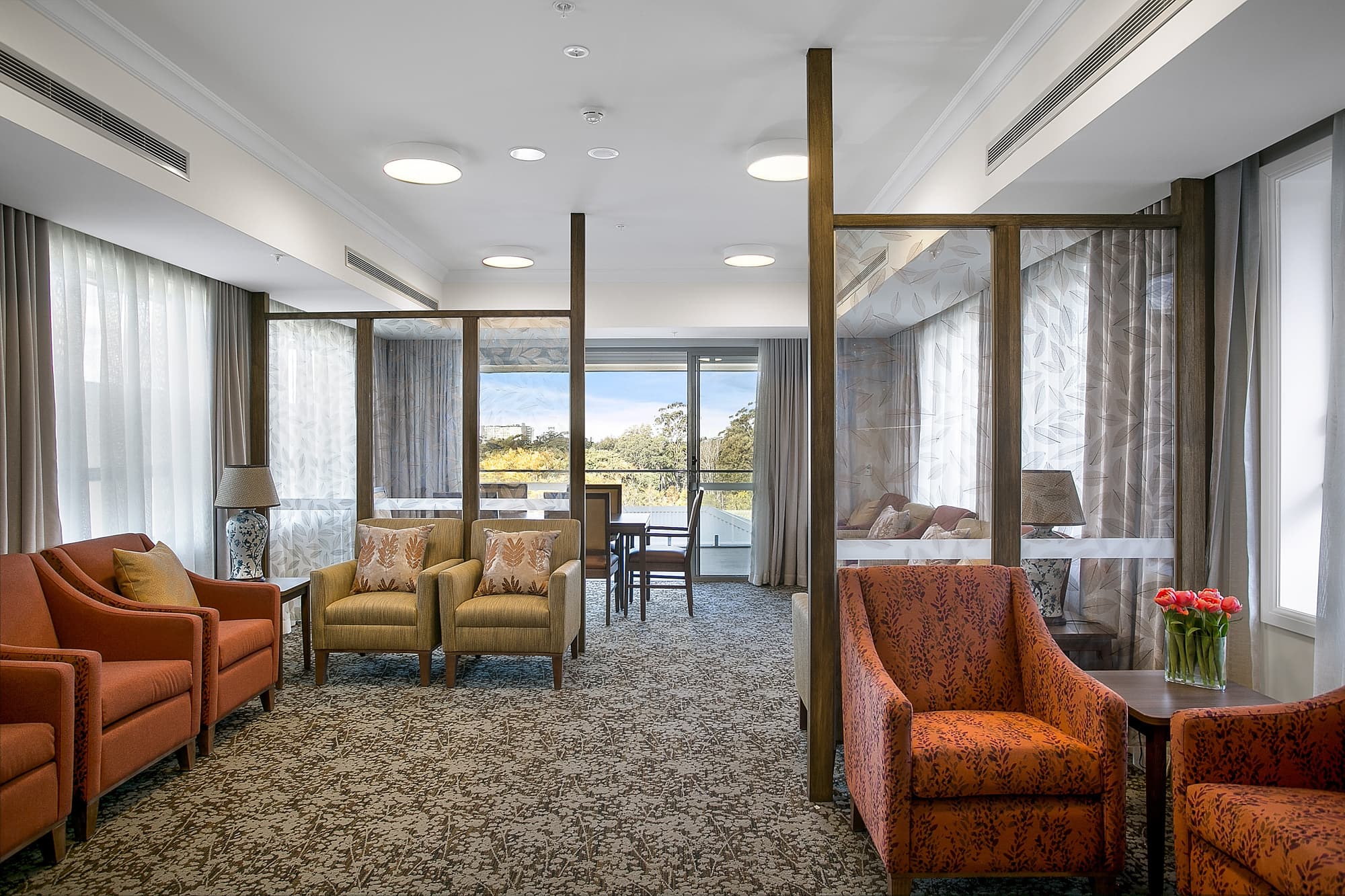 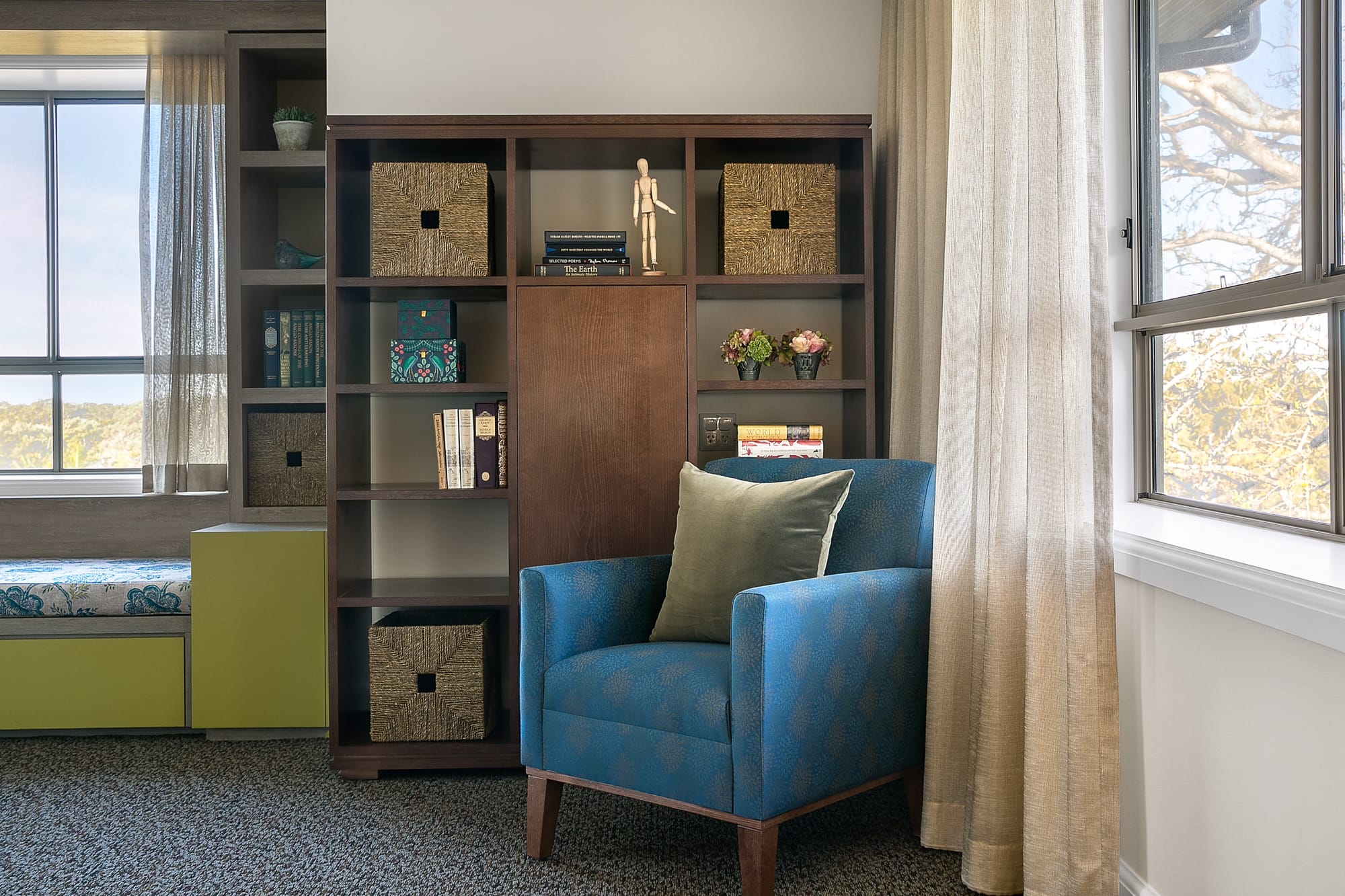 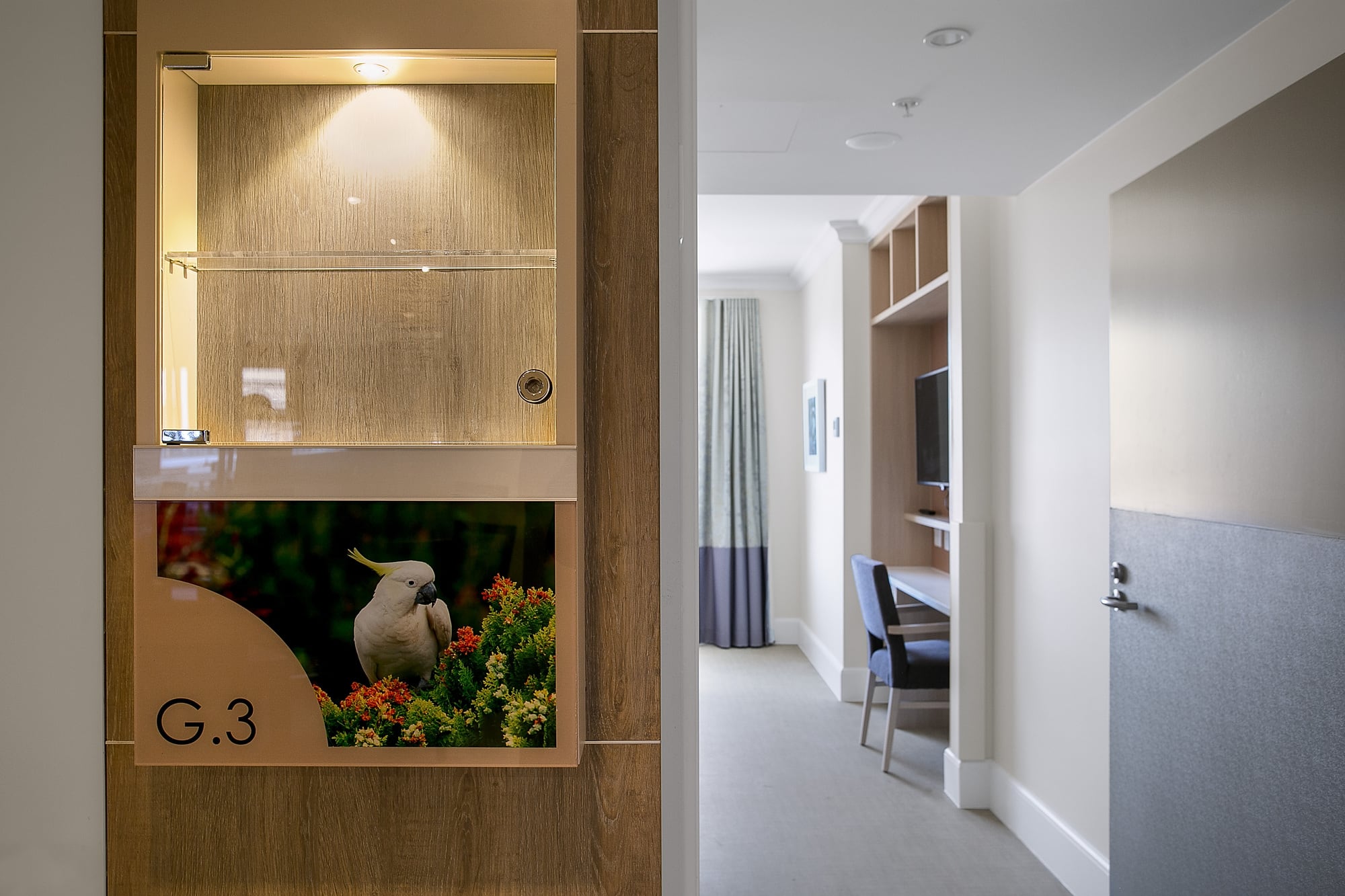 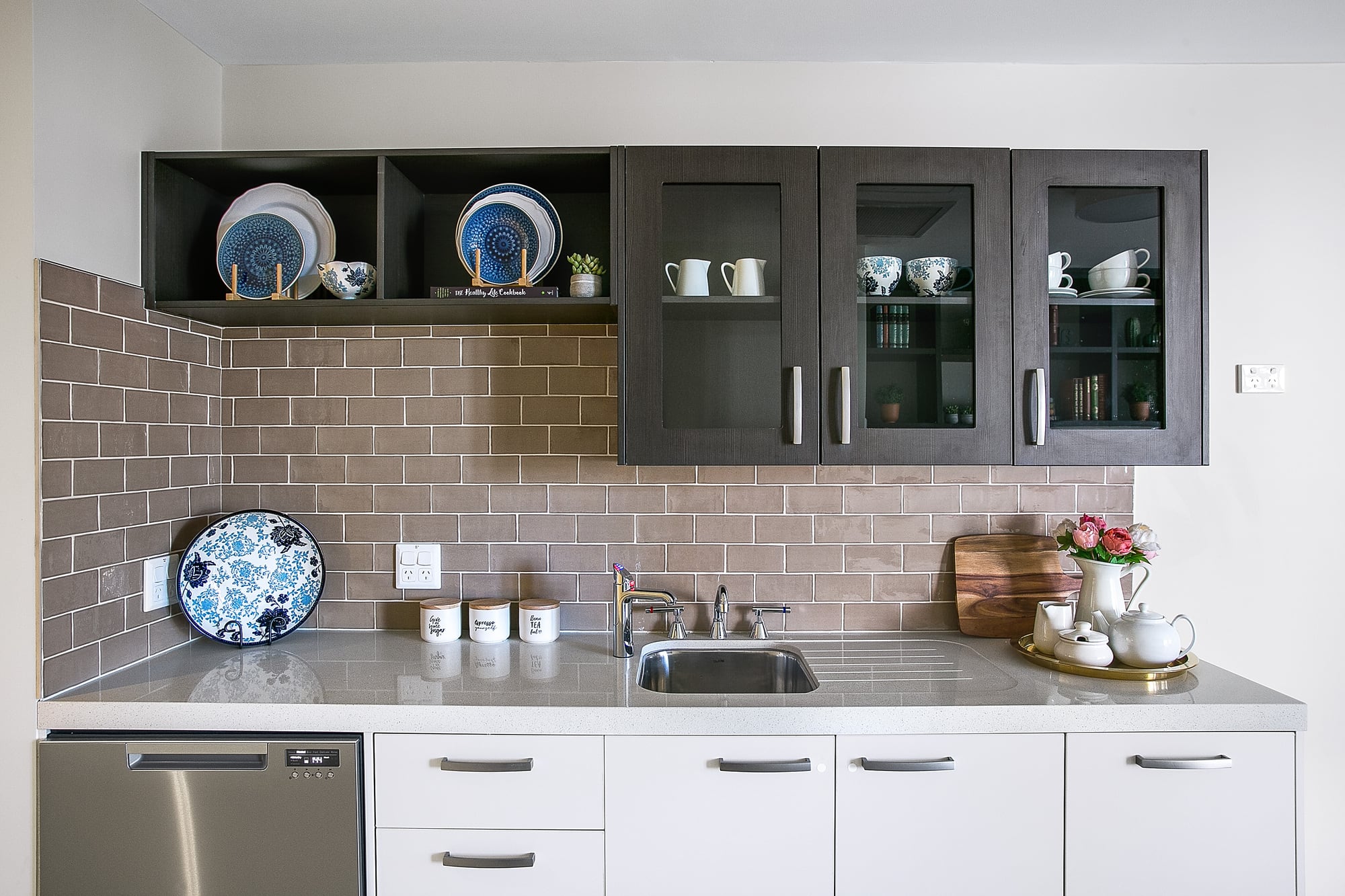 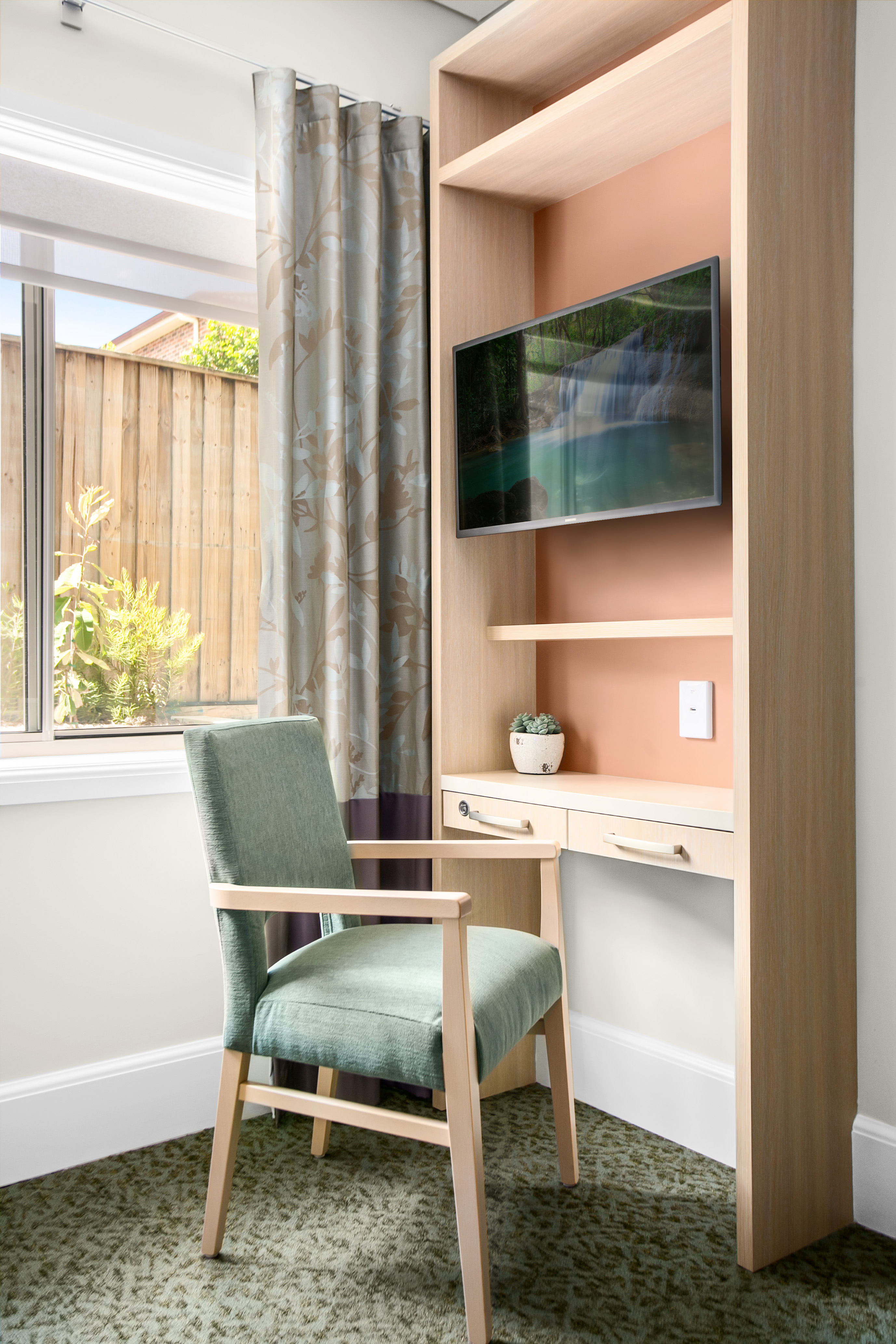 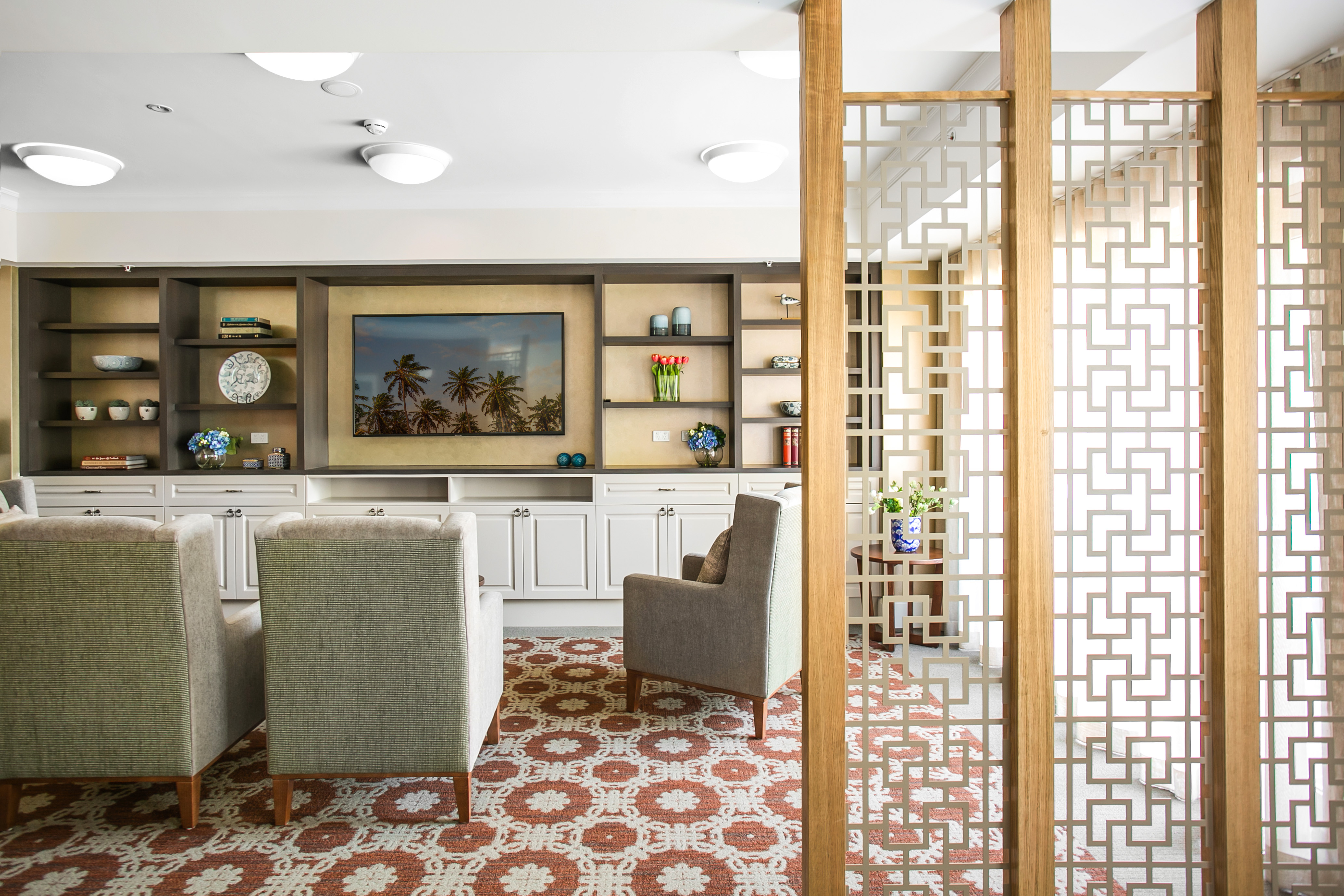 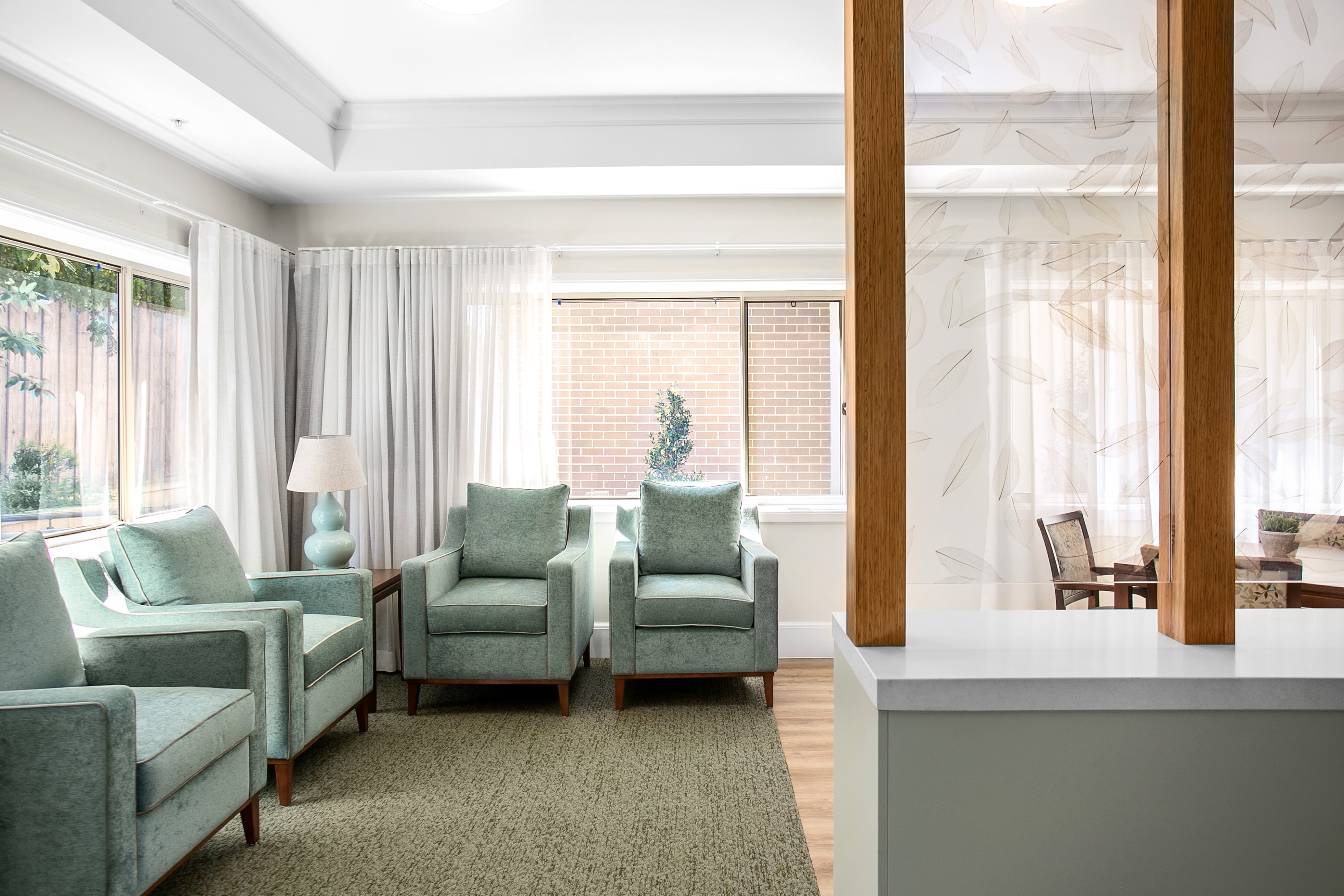 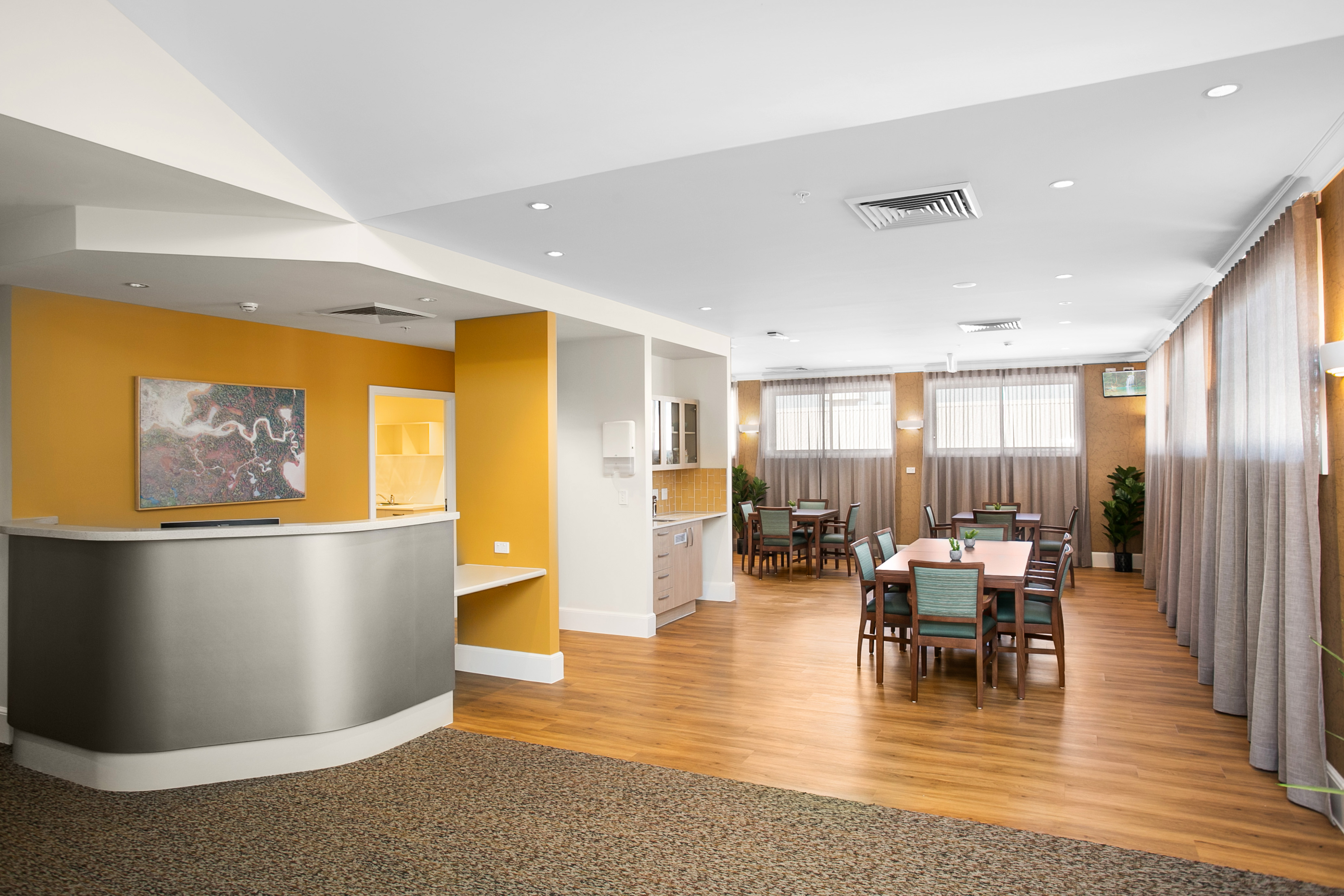 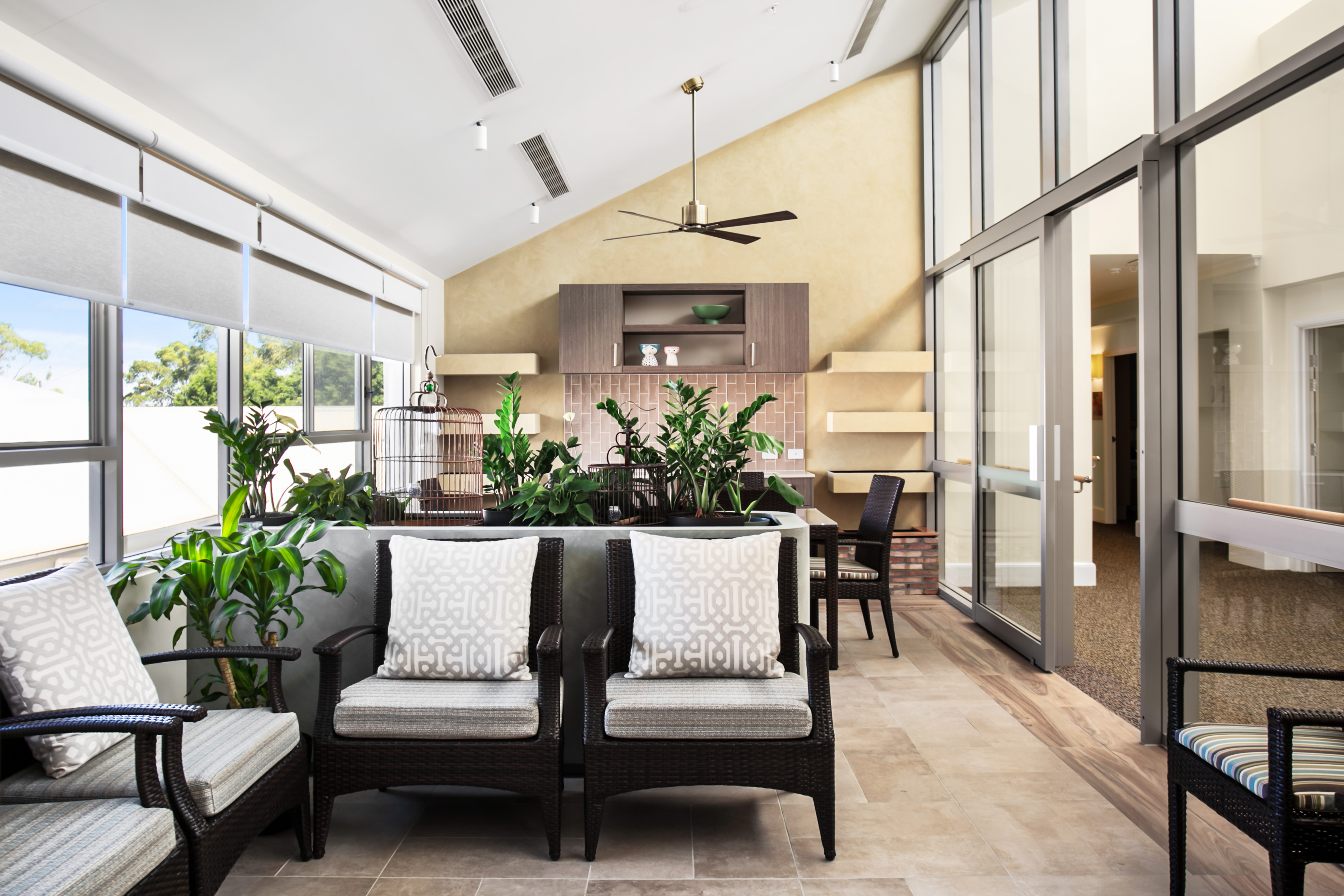 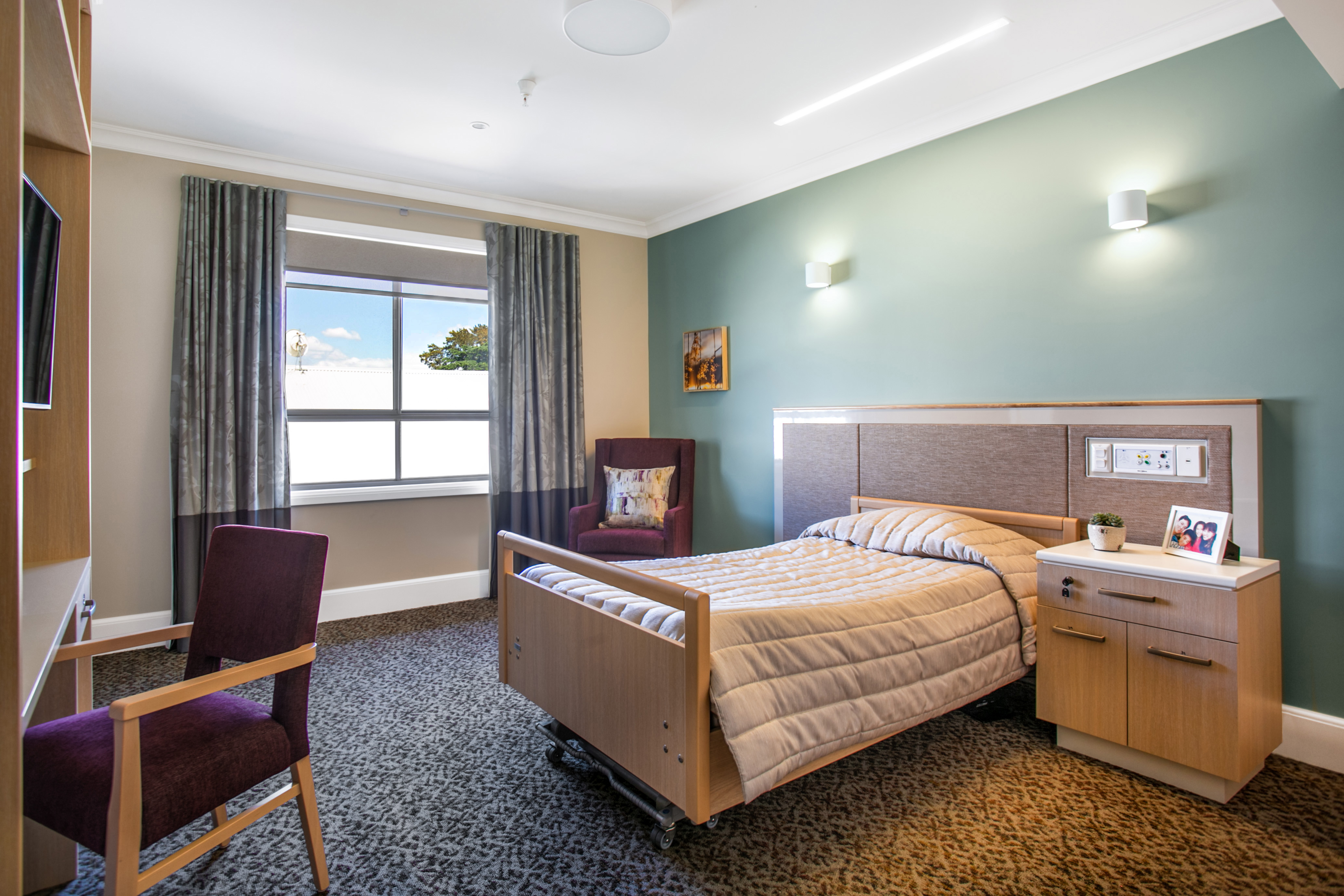 “We endeavoured to deliver a scheme that would not only address the project’s key needs but also, result in a warm and welcoming abode for its future occupants.”

The Presbyterian Aged Care centre in the lush green suburb of Hills District in Thornleigh has undergone a recent facelift and extension. This series of upgrades and addition of a wing was necessary to improve the centre’s existing framework to better facilitate the provision of care for the elderly and in particular, creating a home for those living with dementia.

One of the key objectives of the project was to increase the number of spaces within it that were large and easily accessible for its occupants. It also required more common living spaces, as well as an updated interior scheme. The latter, in particular, was to ensure the building complied with the latest safety measures and regulations necessary for the residence and provision of care for the aged.

For this, we endeavoured to deliver a scheme that would not only address the project’s key needs but also, result in a warm and welcoming abode for its future occupants. To do so, our team utilised a repertoire of design principles and elements to attain a design outcome that was not only comfortable, but also technically sound and functional.

To achieve this, we placed careful focus on the choice of colours used in the building. The colour palette played multiple roles in the project and was used to organise and distinguish the building’s three levels and its respective functions. The lower ground level that houses the staff and service areas features light tones to combat the lack of natural sunlight the floor received. While the ground level was adequately lit, it is predominantly coloured in shades of green and blue to imbue a sense of tranquillity in its high and dementia-care spaces. On the highest level however, spaces are abundantly awash with natural light. As the floor is reserved for residents requiring standard care who are independently mobile, the designers chose to employ a template of richer autumnal tones that would complement the floor’s generous treeline views of the suburb.

In creating a calm sanctuary for its residents, we also incorporated biophilic design features that would resonate with the centre’s leafy surroundings. Patterns and colours of nature are brought indoors, as well as the use of artificial plants for the centre’s décor.

Other technical considerations that we took onboard here included design measures that address the needs of people living with dementia. For example, door panels are adequately colour contrasted against the walls for the ease of wayfinding around the centre. Memory boxes are also placed at entrances to bedrooms to further serve this purpose. Resilient and durable flooring materials were specified, and where appropriate, as were carpets and soft furnishing. These were strategically placed within the centre to best replicate an intimate, home-like atmosphere where its inhabitants would feel they belonged to.

These design considerations have culminated in a scheme that plays on a contemporary design aesthetic for suburban living along with the practical requirements of an aged care facility. We have successfully composed a scheme that supports quality dignified living for its residents amid a pleasant and homely setting.