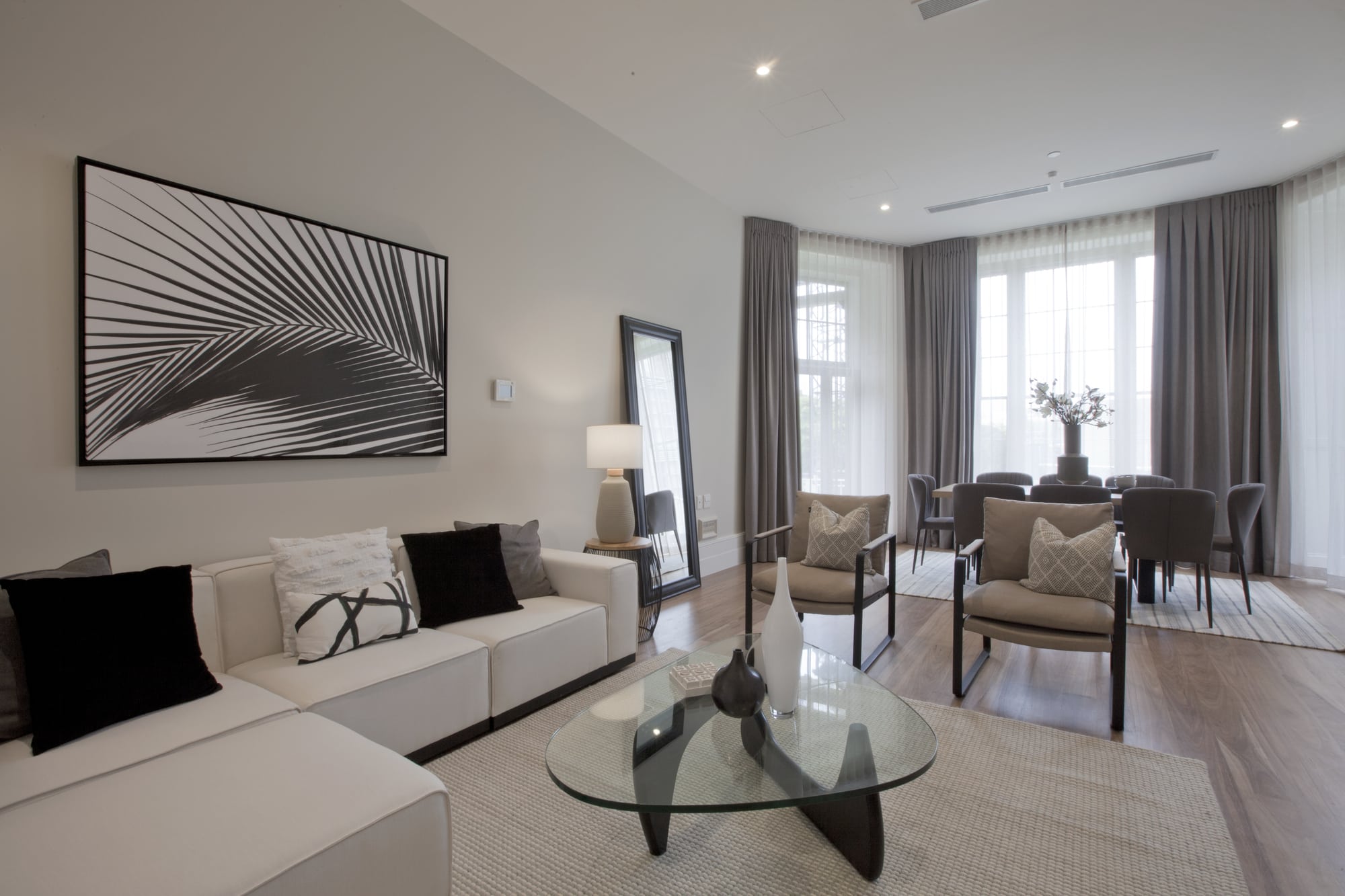 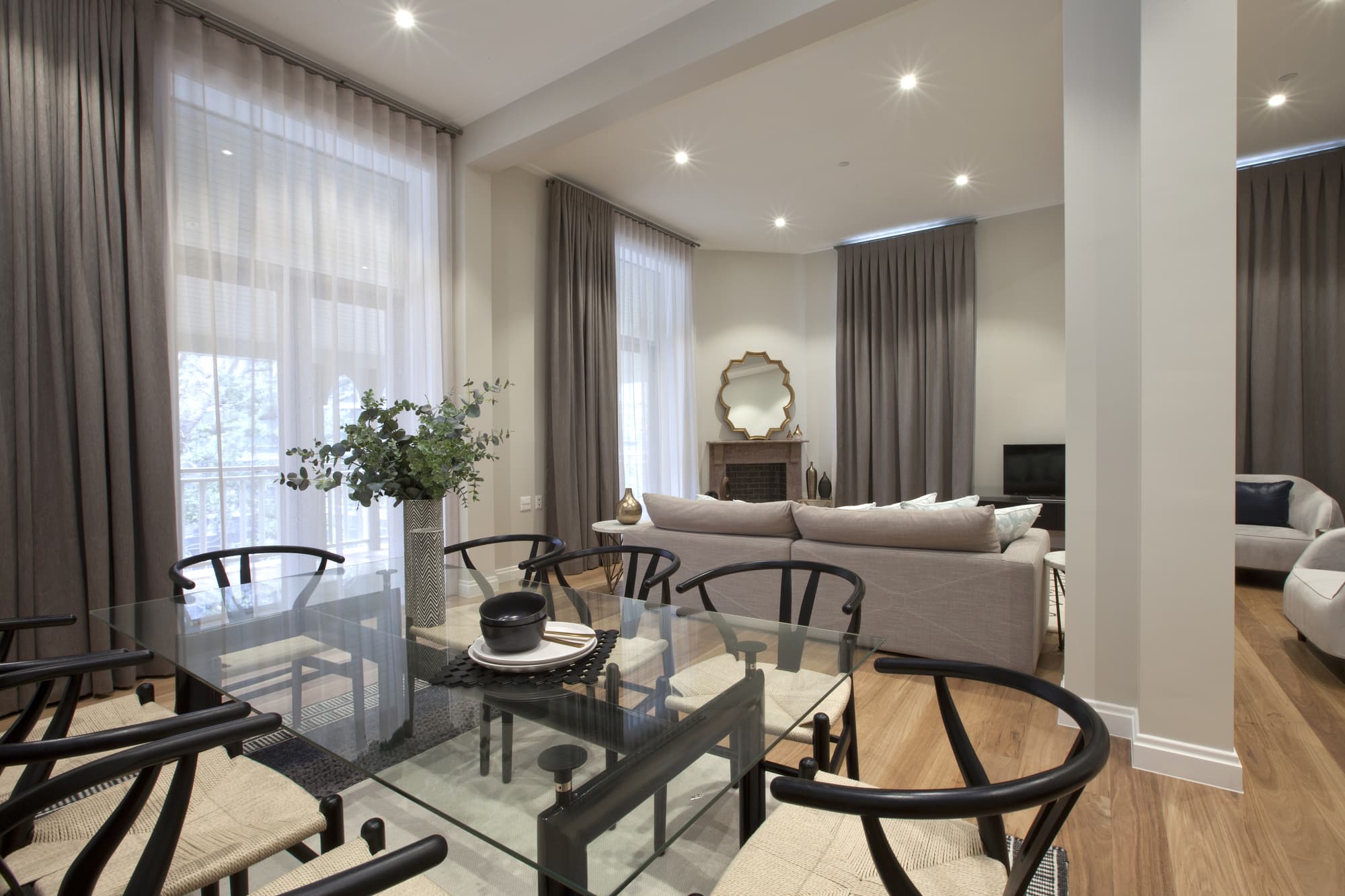 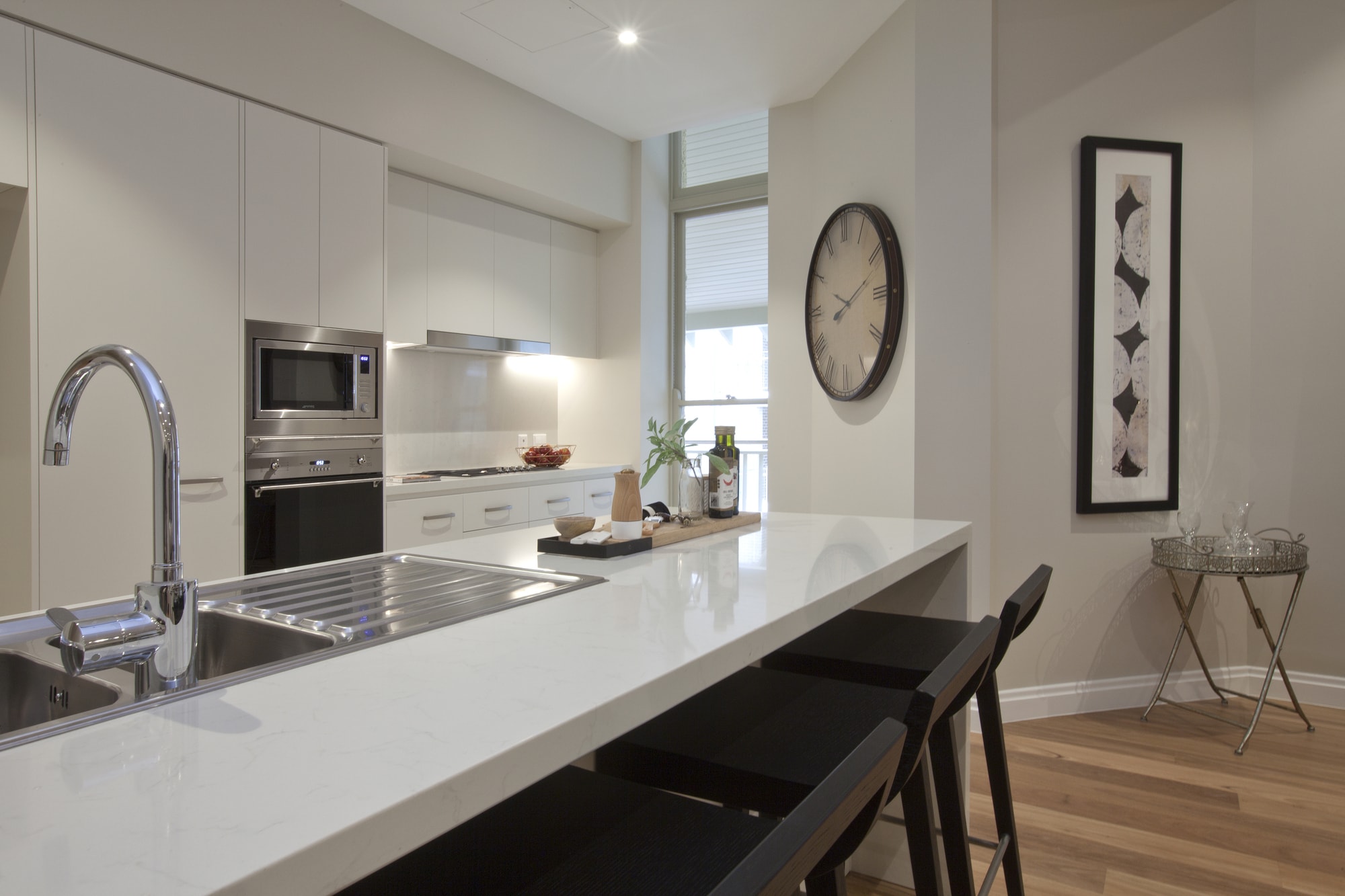 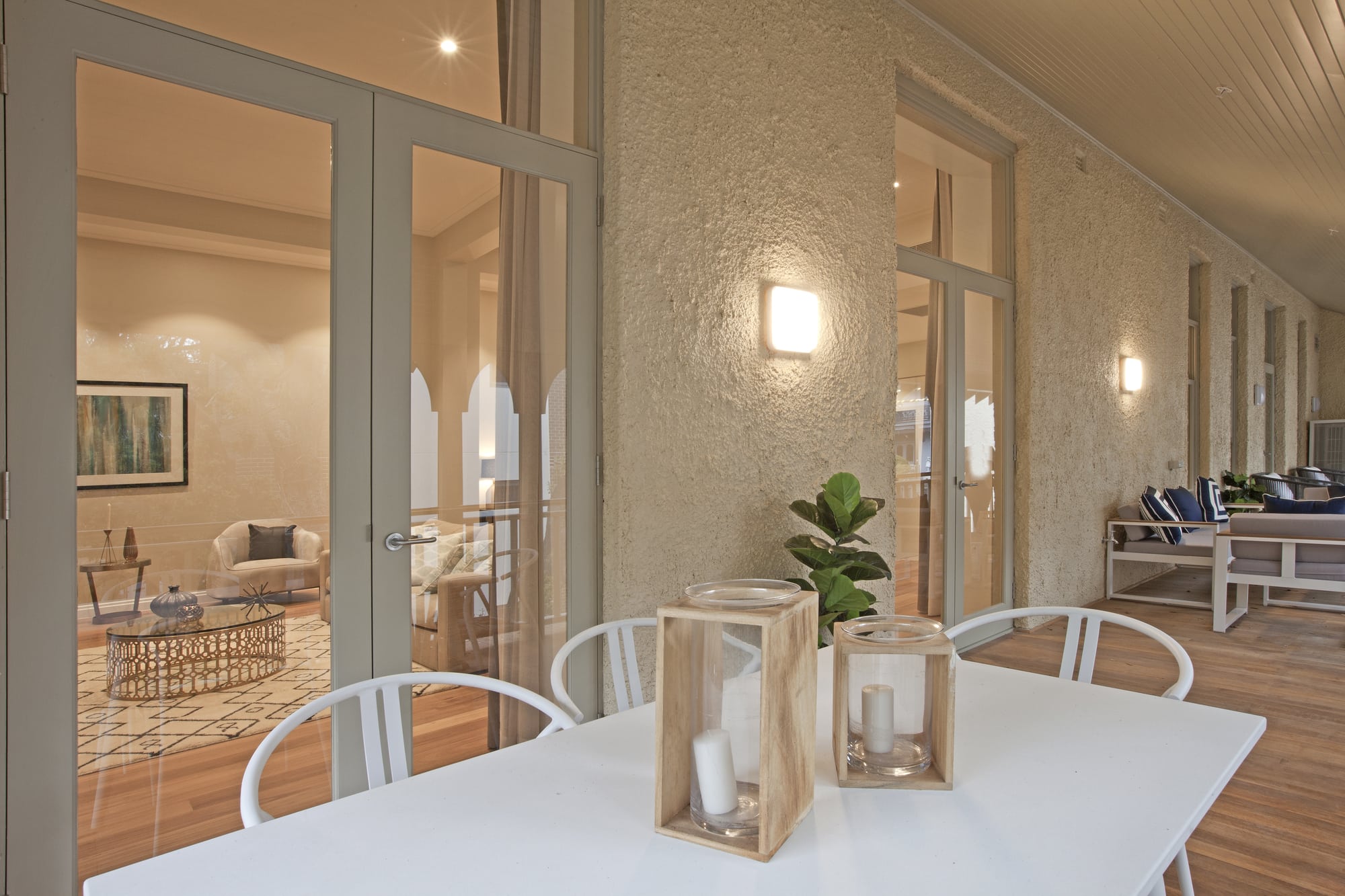 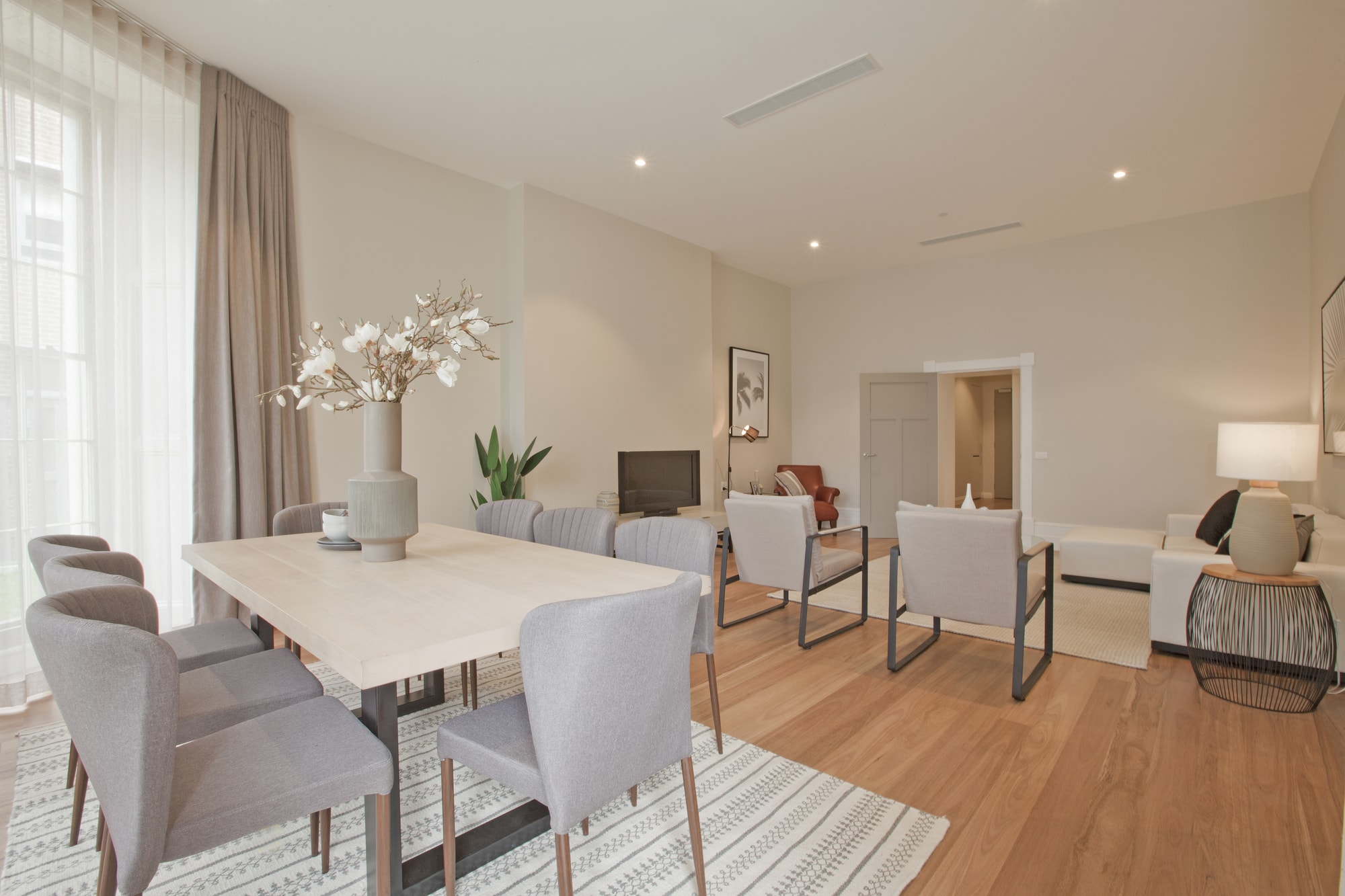 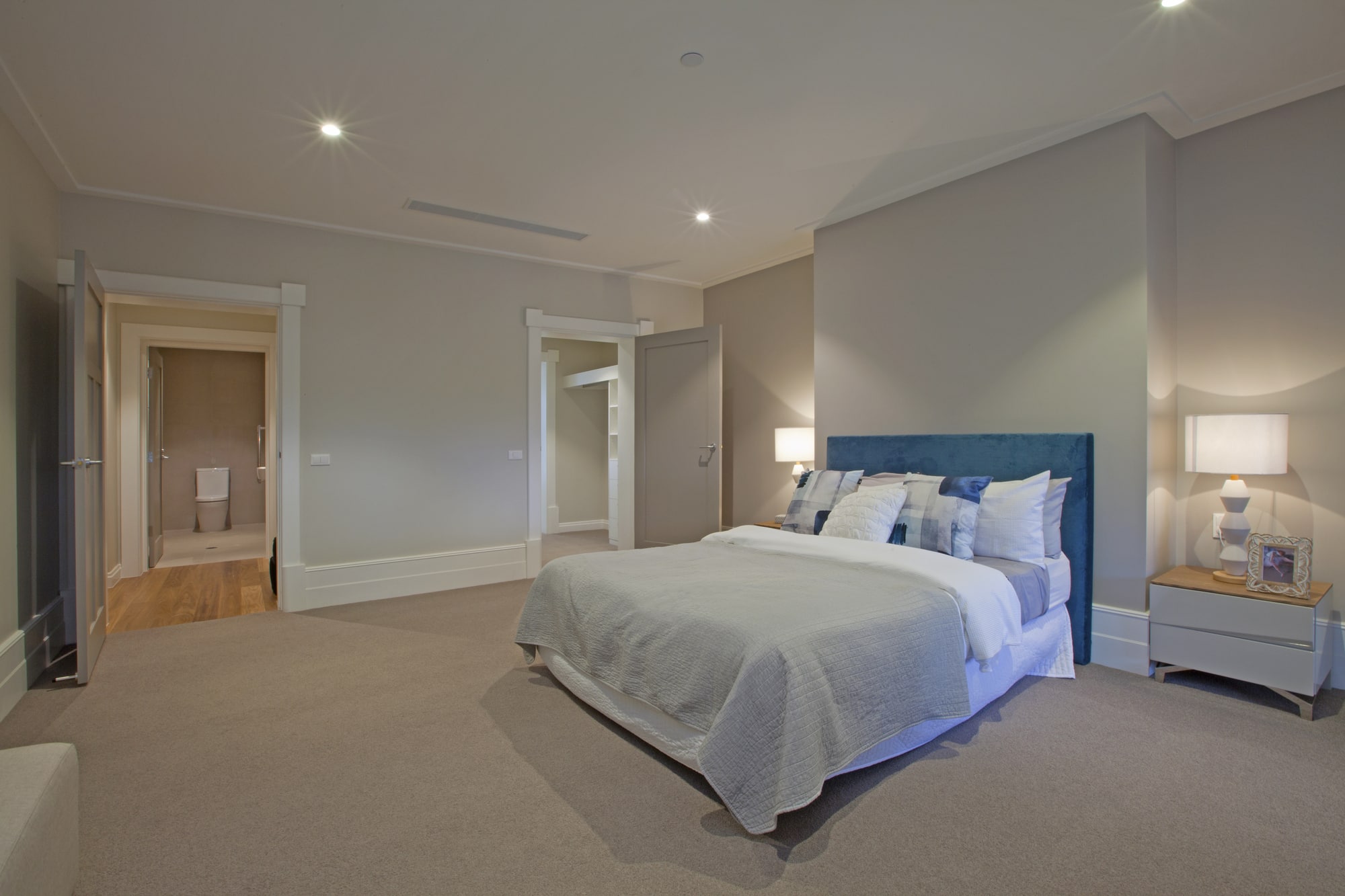 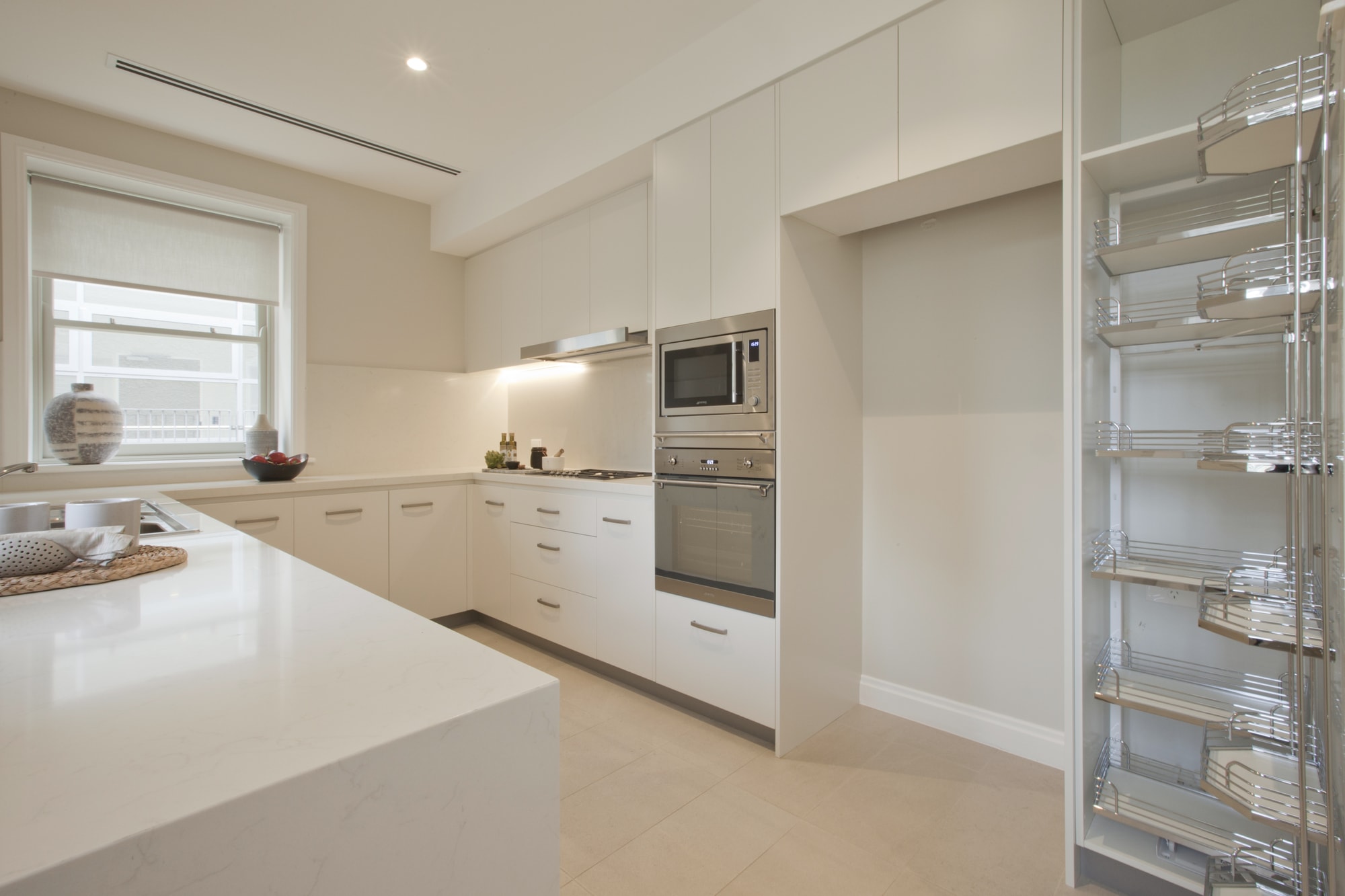 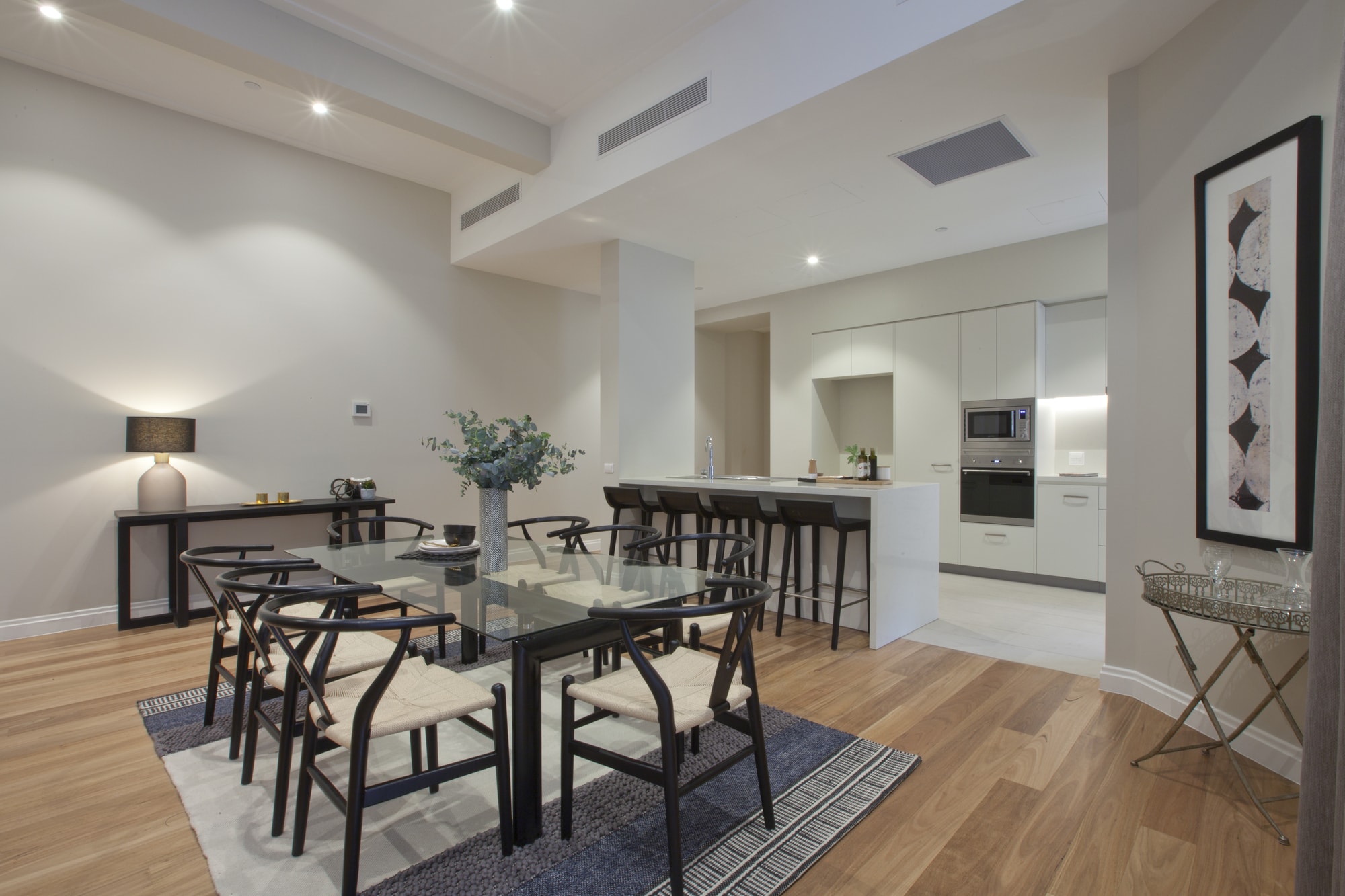 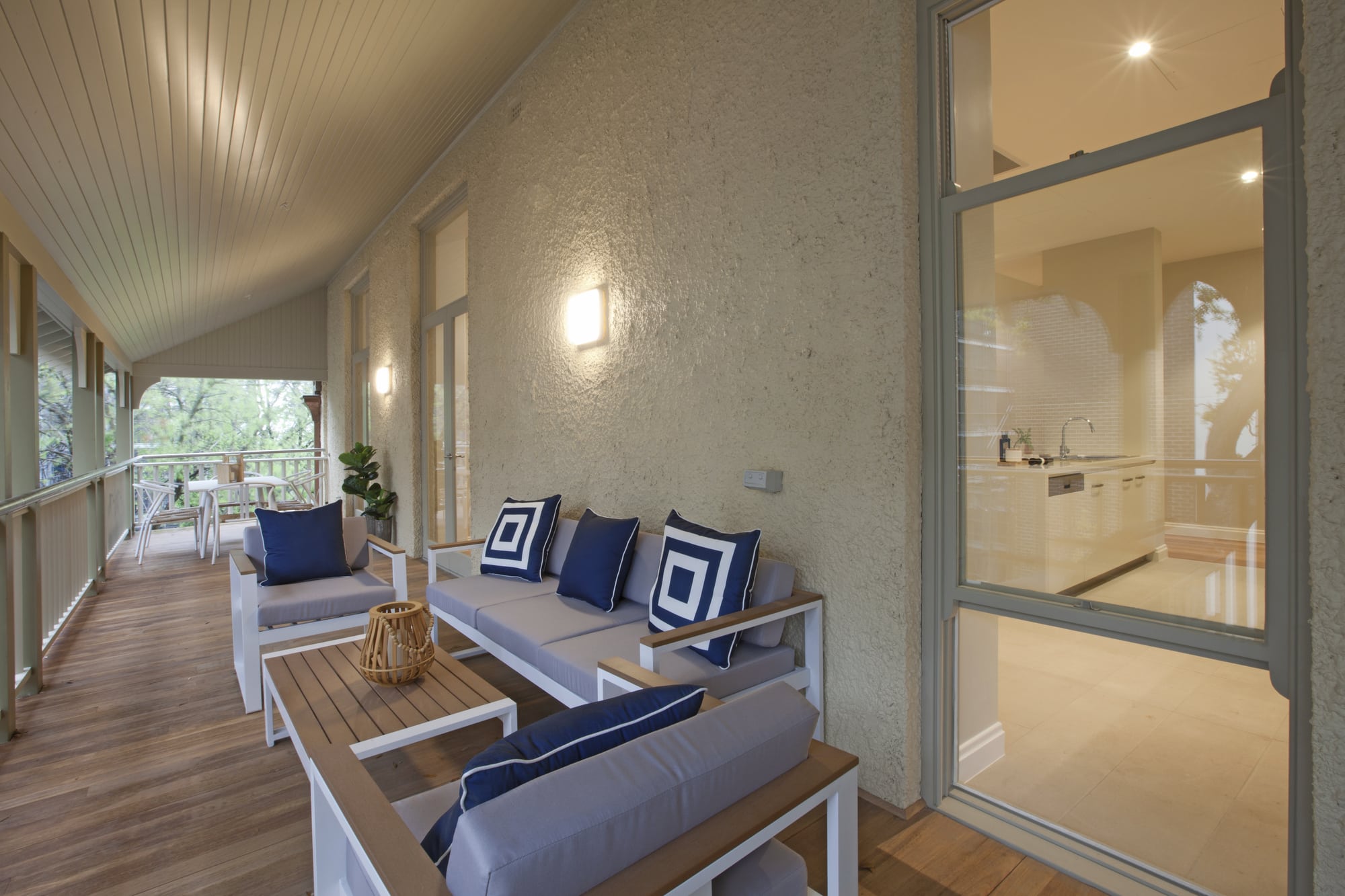 “A set of smartly refined apartments that has been crafted to complement its original heritage counterparts.”

Launched in late 2017, the Terraces @ Paddington is an up-and-coming residential village that provides private aged care homes for Sydney’s senior community. In its latest completed stage, The Scottish Apartments, Gilmore Interior Design delivers yet another scheme of carefully curated colour and material palettes that not only evokes an assured sense of timeless elegance, but also respectfully enhances the building’s history. Formerly known as The Scottish Hospital, The Scottish Apartments is one of five buildings that form the cosmopolitan complex developed by the Presbyterian Aged Care group. The building is refurbished from its existing mid-nineteenth century Georgian roots and 1930’s Art Deco accoutrements, from which the designers have taken their cues.

Sitting atop the site’s highest vantage point, the former Scottish Hospital has been prudently restored to contain Independent Living Units for its future residents.

From the outset, our team of designers aimed to create a harmonious balance between the building’s unique heritage and contemporary design solutions. We were greatly inspired by the Hospital’s heritage façade, terraces and surroundings, and thus sought to work with a choice palette of finishes that would highlight these features while providing an interior aesthetic that residents could adapt and customise to their own personal preferences.

Working within the project’s budget, our interior designers thoughtfully employed a selection of neutral hues and materials to accomplish their aim. The insertion of solid blackbutt timber flooring throughout sets off the building’s heritage skirting while its existing doors, frames and cornices are subtly complemented by the soft touches of whites and greys in the walls. The units within comprise of spaciously-appointed rooms that feature high ceilings and large windows. These, along with its generous views and natural light, under the firm’s minimal but considered touches are brilliantly renewed to serve its new functions.

Although simply executed, the project was not without its hurdles. The large rooms that were reworked into Independent Living Units comprised of closed, segmented spaces instead of an open living plan customary of contemporary architecture. Each of these varied in their layout which made the task of keeping the interior design scheme consistent additionally challenging. To overcome this, we worked together with the project’s architects to produce various modular kitchen designs that would suit the framework of each unit without compromising the overall design scheme.

The firm also undertook rigorous research in order to investigate and closely match the former Hospital’s existing details, while nevertheless delivering a simple yet coherent visual style throughout.

Apart from these design constraints, we also took into consideration the nature and function of aged residential care in their scheme. For example, colours among newly inserted finishes are contrasted as a design solution for dementia. For the colour scheme of the doors and walls of toilets in particular, a colour contrast of 30% was determined and applied.

The final result and culmination of our firm’s efforts is a set of smartly refined apartments that has been crafted to complement its original heritage counterparts. Sensitively designed and elaborately considered, the living units within The Scottish Apartments are poised to provide its inhabitants new, sophisticated and comfortable urban-living homes.